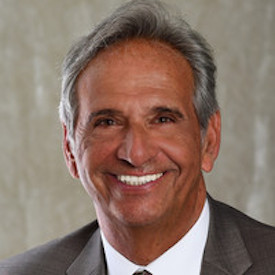 Ralph Fatigate is the Executive Managing Director of the Global Crimes Investigations and Regulatory Compliance practice.  He is a well -known expert in the areas of Anti-Money Laundering, Financial Investigations, and sanctions compliance.  He assisted with the Federal Investigation to help identify those that we’re using our financial system to fund terrorist activity and he was recognized for his contributions during the 911 Terrorist Funding Investigation.

Ralph has led numerous complex financial investigations both here in the United States and abroad.  During his consulting career, Ralph worked with all sizes of financial institutions which included but not limited to banks, broker-dealers, Insurance companies, and Money Services businesses.  In addition, Ralph provided training to both domestic and foreign financial institutions and worked with several foreign regulators by assisting them with enhancing their policies and procedures regarding Anti-Money Laundering and Fraud.  In one instance he provided advisory services to a country that was listed on FATF as a country without a strategic AML program.  As a result of his work, the country was taken off the list of non-cooperating countries.

Ralph brings a very unique skill set to our practice, he has more than 45 years of combined experience as a former Police Commissioner, the former Director of Financial Investigations at the New York State Department of Financial Services (NYSDFS) along with many years working for with some of the most notable International Accounting and consulting firms.

Ralph holds a Bachelor of Science degree in Finance/Risk Management from the State University of New York and he also received a Banking Law certification from Fordham Law School.